When Superconductivity is Unanticipated

In a current project, after discussion with the customer, it was determined to use a pure indium solder to both thermally and structurally connect copper thermal straps to copper blocks within a helium dewar. Part of that discussion involved determining if the indium solder might become superconducting in any of the possible process conditions. It was determined the solder would not see low enough temperatures. However we thought the background behind why this was a concern would make an interesting article.
​
Many common materials become superconducting at low temperatures. These include aluminum, lead-tin solder, and common silver based braze fillers. Table 1 lists a small sample of materials with their critical temperatures and critical fields. 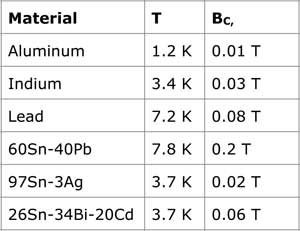 Figure 1. This aluminum heat shield also carries a low field coil. Both the thermal and the magnetic properties of aluminum will change in the superconducting state.
This reduction in thermal conductivity is used to produce superconducting “heat switches”. A heat switch is a device that can be switched between states of high and low thermal conductivity. To build a heat switch we might wrap a coil around an aluminum bar. The coil is used to maintain a magnetic field higher than the critical field through the aluminum bar and prevent the transition to the superconducting state when the temperature is lowered. Even though the temperature falls below the critical temperature, the switch is maintained in a high conductivity state. Once the temperature is well below the critical temperature, turning off the magnetic field allows the aluminum to go superconducting, opening the thermal switch. One use of the thermal switch is to “disconnect” an adiabatic demagnetization refrigeration stage from a first stage refrigerator once the base temperature of the first stage refrigerator is reached. A demagnetization refrigerator is a “one-shot” device that must first be cooled to a very low temperature by a continuously operating dilution refrigerator. Good thermal contact is required to remove heat from the demagnetization stage during cool-down. However, it is desirable to thermally isolate the demagnetization stage before it is demagnetized.

Figure 2. Diagram of a Thermal Heat Switch
Unanticipated superconductors can also make themselves known through their magnetic properties. If a magnetic field above the critical field is established, then all conductors remain normal conductors. However, lower magnetic fields may be severely distorted by solder joints or heat sinks that have gone superconducting. A thermal shield that is superconducting will also serve as a magnetic shield. Again, this property can be useful when magnetic shielding is desirable.

​At Meyer Tool we strive to anticipate all of the consequences of extremes in temperature and pressure and thereby reduce project risk and provide our customers with the lowest total cost of ownership.