A fillet weld is defined in the American Welding Society (AWS) AWS A3.0 Standard Welding Terms and Definitions as “A weld of approximately triangular cross section joining two surfaces approximately at right angles to each other in a lap joint, T-joint, or corner joint.” (Figure 1). 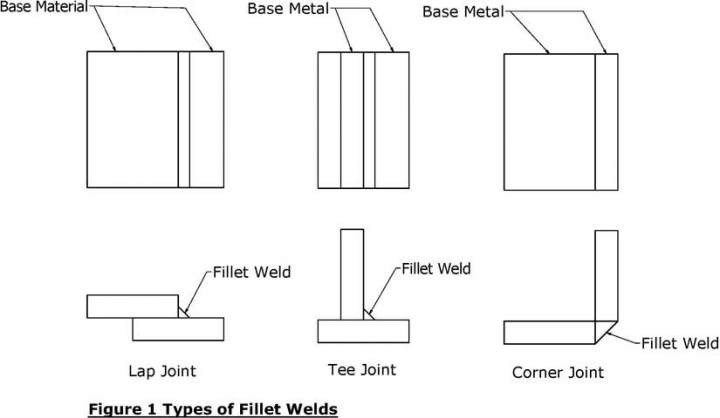 A fillet weld consists of the legs, the toes, the face, the throat, and the root (Figure 2). The throat of a fillet weld, which is used in calculating its strength, is defined as the distance between the root and face of the weld. The leg of a fillet weld is used to specify its size in the weld symbol. 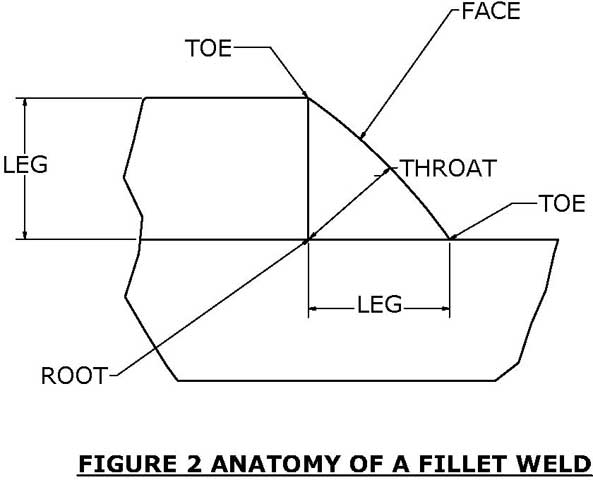 Fillet welds do not have to be continuous, the length and pitch between centers of an intermittent fillet weld are shown to the right of the fillet weld symbol. Fillets welds are not necessarily limited to one side of the components to be joined. Fillets welds can be made on both the arrow side and opposite side of the components. These fillet welds could be continuous or intermittent, if intermittent they can also be staggered.
​
The face of a fillet weld can be required to be flat, convex, or concave. If the face requires finish processing it could be Chipped (C), Ground (G), Hammered (H), Machined (M), Rolled (R), or Peened (P). 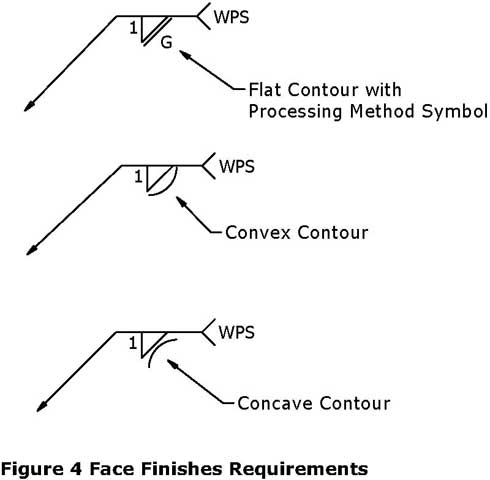 Drawings are the language of fabrication. Like learning a second language, our employees are trained to interpret and translate these symbols into physical reality. The correct understanding and interpretation of the specialize language of weld symbols by our engineers and weld technicians is just one of the many ways that Meyer Tool ensures we Reduce your Project Risk to help you achieve the lowest cost of ownership.