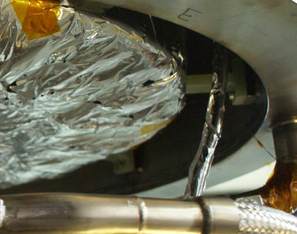 G10 Spacer.
Plastics are generally avoided in high vacuum applications due to their relatively high outgassing rate. As with any material, a plastic surface will be covered by a layer of adsorbed water which must be pumped away. However, the porous nature of the plastic surfaces, as well as their chemical composition, may make this more difficult than in the case of a smooth metal surface. Many plastics are hydroscopic and absorb water of hydration in the bulk of the plastic. Water inside the plastic must diffuse to the surface in order to be pumped away, and thus these plastics can be a source of outgassing for some time. The plastic itself may also be a source of outgassing in the form of unpolymerized monomers, plasticizers, stabilizers or other additives. These materials can contaminate sensitive surfaces such as optical components or semiconductors.

There are, however, situations in which the low cost and ease of use of plastics may make a closer look worthwhile. Ceramics are generally preferred when electrical isolation is required, however a greater range of sizes and shapes can be machined from plastic. In applications in which eddy currents must be avoided, plastics will often have a considerable advantage. In many applications it is necessary to run wiring inside a vacuum chamber. While ceramic beads or tubes can be used to insulate wires, the process can be tedious and the results unreliable if many wires are involved. In principle, coaxial cable can be made with a ceramic insulators; however, these are relatively expensive and as rigid structures are subject to micro-phonics.1 Plastic parts may be desirable where thermal isolation is required. Metalized plastics in the form of superinsulation may be desirable as thermal radiation shielding. In situations in which the use of plastic in a high vacuum application is desirable, there are steps that can be taken to reduce its impact on the vacuum level.

Before considering the use of plastic components, the question of service temperature must be addressed. High temperatures will be encountered if the system is to be baked out or if devices such as evaporation sources are present. PTFE and Vespel may be used at temperatures as high as 260°C, however, most plastics are limited to much lower temperatures. PEEK, for example, may only be used to 177°C. When current carrying wires are used under vacuum they will be cooled by conduction only and the current carrying capacity must be derated. Kapton is generally used to insulate wire for vacuum service because of its low outgassing rate. Kapton can be used at temperatures as high as 400°C. Kapton insulated cables are rated for use at pressures as low as 1 x 10-11 Torr.

To minimize the impact of a plastic component on the ultimate pressure and pump-down time one would start by choosing plastic that is not hydroscopic. Polyethylene, polypropylene, teflon (FEP, PTFE, PFA) and PVC are examples of plastics which are not hydroscopic, while nylon, polycarbonate and acrylic are hydroscopic and should be avoided. For the best possible vacuum performance choose a plastic that is known to be low outgassing. Outgassing rates for plastics are often reported as TML (Total Mass Loss) and CVCM (Collected Volatile Condensable Material). The total mass loss is the percentage of mass lost after the sample is heated to 125°C under vacuum for 24 hours. The CVCM is the fraction of mass condensed on a nearby test surface at 25°C. Vespel (1.09% TML, 0.00% CVCM ), PEEK (0.31% TML, 0.00% CVCM) and Torlon (1.85% TML, 0.00% CVCM) are some examples of low out-gassing plastics. Plastics with very favorable outgassing characteristics are relatively expensive.

The TML and CVCM provide a means of comparing different materials for their suitability for use in vacuum. To predict the actual pressure that would be achieved in a system, or to calculate the pumping speed required to achieve a desired pressure, we require an outgassing rate expressed as (volume x pressure) per unit area per unit time. These values have been compiled for a number of materials. A fresh PTFE surface, for example, is reported to have an outgassing rate of 1.7 x 10-7 Torr-Liter/sec-cm2 at 25°C after 1 hour under vacuum. In a system with an effective pumping speed of 100 l/s, a 100 cm2 PTFE surface would contribute 1.7 x 10-7 Torr to the pressure. After 10 hours the outgassing rate for a fresh PFTE surface falls to 3.3 x 10-8 Torr-Liter/sec-cm2. By comparison, the outgassing rate for nylon is approximately 100 times higher, while outgassing rates for clean, baked stainless steel surfaces are typically reported to be 3 x 10-12 Torr-Liter/s-cm2. Outgassing rates are strongly temperature dependent.

If all or part of a vacuum chamber is to be fabricated from plastic then the permeability of the plastic must be considered. Plastics are much less dense and have a much higher permeability to gases than metals. The permeability to helium is typically ∼100 times that of nitrogen, so in addition to a gas load, thin plastic elements can complicate leak detection. For example, consider a 0.1 cm2 Kapton vacuum window 0.1mm thick, which might be found in a section of waveguide where it enters a vacuum chamber. At room temperature the permeability of Kapton to helium is reported to be 8.0 x 10-10 (STP-cm3 mm)/(cm2 s Torr). Flooding the exterior surface of this window with helium, in effect pressurizing one side of the window to 760 Torr with the other side under vacuum, would give an observed leak rate of:

which would be difficult to distinguish from a real leak. The permeability, like the outgassing rate, is a strong function of temperature and becomes extremely small at very low temperatures. Dilution refrigerators, operating well under 1K, will sometimes use plastic mixing chambers, in spite of the fact that an excellent isolation vacuum is required outside the mixing chamber. This is possible because the permeability is very small at low temperatures.

In conclusion, in some applications it is reasonable to use plastics in high vacuum. Careful consideration must be given to the type of plastic selected. When plastics are used in a vacuum the impact can be minimized by keeping the exposed area to a minimum. Increasing the pumping speed, while expensive, will also compensate for the presence of plastic in the vacuum chamber.

​1Electrical noise due to mechanical vibrations. 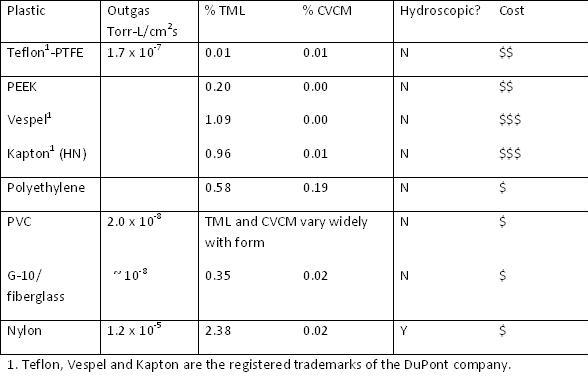 Table 1. Properties of some selected plastics.