​Is There a Helium Shortage? 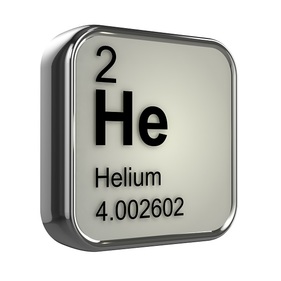 Helium Shortage?
We all have read the continuing stories regarding the upcoming shortages of helium and the rising prices of helium. With so many varying opinions being printed in articles, what can we truly believe? Many of us are directly affected by the increasing prices and supply of helium for our projects and manufacturing. What is in store for us all in the future?

Helium is the second most abundant material in the universe by mass. It is colorless, odorless, and the second least reactive material after neon. It also has the lowest boiling and melting point of all elements. These unique characteristics make helium ideal for industries that work with highly reactive materials, or in extreme cooling applications required for superconducting materials.

Helium was thought at first to be extremely rare on earth. In 1903 in Dexter, Kansas, a gas geyser was generated during an oil drilling operation that would not burn. Further analysis revealed that the gas contained almost 2 percent helium. Even though it had been considered rare on Earth, helium was found to be concentrated in large quantities under the American Great Plains as a byproduct during the extraction of natural gas. This allowed the US to become the world’s leading supplier of helium.

In the beginning, helium was typically used in military applications as a lifting gas for lighter-than-air aircraft. Other uses included shielding gas for arc welding. In 1925, the US government set up the National Helium Reserve in Amarillo, Texas to supply military airships during wartime and commercial airships in peacetime. Helium use became depressed following World War II. In the 1950’s, however, the reserve was further expanded to supply liquid helium as a coolant to create rocket fuel during the space race and cold war eras. By the mid 1960’s, helium use came to be eight times greater than the previous wartime usage.

Because of this increased demand, the “Helium Acts Amendment of 1960” was put in place. The US Bureau of Mines set up five plants and a 425-mile pipeline to refill the partially depleted National Helium Reserve. By 1995, a billion cubic meters of gas had been collected in the reserve, but the reserve was $1.4 billion in debt. This prompted Congress to write the “Helium Privatization Act of 1996,” directing the United States Department of the Interior to start selling off the reserve and depleting all US stockpiles by 2015.

In 2000, a study by the National Research Council reviewing the consumption of helium concluded that the helium surplus would exist for the foreseeable future. After the report was generated, the usage of helium skyrocketed because of the many new uses for industry as well as medical applications. In 2007, a review of top consumption by industry broke down as follows:

A more recent study of consumption indicated that using 2008 consumption rates our supply would be depleted in 25 years. If rates continue to rise, we would deplete all of the helium resources on Earth within our generation. Indications are, however, that the demand in the US has stabilized. We are starting to see more superconducting material working in the range of liquid nitrogen being developed. Also, argon is starting to displace helium in welding applications.
​
To conclude, although helium currently can’t be considered in short supply, we all realize that there is not a limitless supply. We simply can’t continue to let helium escape freely into the atmosphere and expect to have it available for the long term. The natural radioactive decay which generates the helium simply will not keep up with the current demand. There will be no simple solution to resolve this either. Everyone can agree that we need to review the policy to deplete the US stockpile and look into replenishing the stockpile by renewed efforts to strip helium from the natural gas fields. We also need to look further into ways to eliminate waste and actually recycle more of the helium we use. No matter what we do, however, we all understand the scarcity of helium and should expect to see the prices to continually rise.