The term cryogenics often brings to mind liquid helium and liquid nitrogen, and occasionally liquid hydrogen and liquid neon. We often overlook the largest industrial application of cryogenics in the world today; the production and distribution of liquefied natural gas (LNG). The existence of large natural gas deposits far from existing markets has driven the development of LNG technology. With the implementation of new methods of exploitation, vast quantities of new domestic natural gas are coming online. Methods of utilizing these domestic resources include requirements for liquefaction of the natural gas either for transportation or for storage.

Natural gas consists primarily of methane (75%), with the balance made up of ethane (15%) and heavier hydrocarbons. LNG, depending on its source, may be almost pure methane. Methane has a normal boiling point of 111.7K, somewhat warmer than that of liquid nitrogen, while the density of the boiling liquid is only 0.42g/cm3, about half that of liquid nitrogen. On land, natural gas can be distributed by pipelines. The global distribution of natural gas on a large scale is only practical if the gas is liquefied. Large LNG production facilities can now be found in a number of countries, including Qatar, Algeria, Indonesia, Egypt, Australia and Trinidad and Tobago, among others. A single large LNG processing line or “train” may now produce upwards of 5 million metric tons annually (MTA). The development of LNG tankers and terminals has made the large scale distribution of LNG possible.

​In a conventional refrigeration cycle employing a pure substance, the refrigerant expands at a throttle to produce a mixture of liquid and vapor at the boiling point. As this mixture passes through the evaporator it remains at the boiling point until the liquid has evaporated, at which point the temperature of the vapor begins to rise. By using a mixture of refrigerants and multiple expanders, the temperature and heat capacity of the refrigerant along the heat exchanger can be optimized. 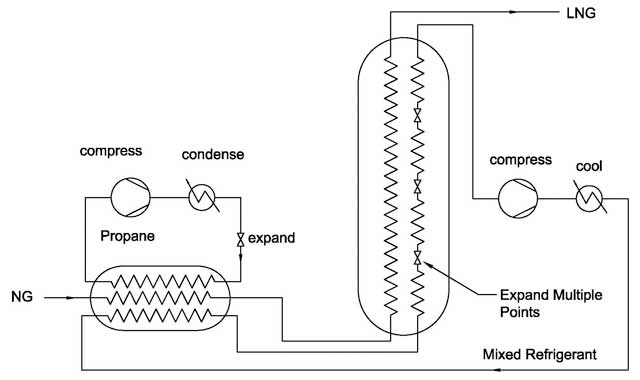 Figure 1 Mixed refrigerant cycle with propane precooling (C3MR).
A similar effect could be achieved by cascading refrigerant stages. Here, each stage circulates a pure substance, with the evaporator of one stage serving as the condenser of the next. Cascaded refrigeration stages are also used to liquefy natural gas. The disadvantage of this approach is the number of separate compressors and other components required. 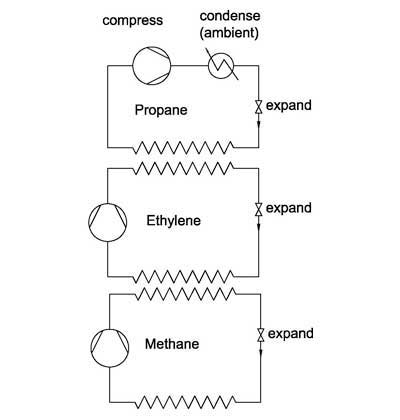 Figure 2 Cascaded refrigeration stages produce successively lower temperatures at each stage.
The LNG industry has grown remarkably since the first LNG delivery was made by sea-going tanker in 1959. Advances in cryogenic technology, including the design and modeling of heat exchangers and the development of refinement of refrigeration techniques have made this growth possible. Some applications of LNG will look very much like conventional cryogenics, with vacuum insulated storage tanks and transfer lines. In many cases, however, the scale of LNG installations will make them very different from what we would think of as a conventional cryogenic plant.

The untapped potential of domestic natural gas resources is causing a resurgence of interest in LNG applications in the USA. The use of LNG to fuel stationary engines, truck fleets, construction equipment, public transportation, rail and marine transport and other non-traditional market applications are driving innovation and opportunity in this field. As Specialists in Cryogenics, Vacuum, and Pressure Technology, it is only natural that Meyer Tool contributes our experience and expertise in Reducing Project Risk to this exciting and growing market. As with other cutting edge industries, we will continue to stay abreast of developments in LNG technology and applications as the search for cheaper, cleaner and domestic energy alternatives intensifies.